Nippon Paper Industries Co., Ltd. (President: Fumio Manoshiro; hereinafter the "Company") announces that it has developed SPOPS, a new shampoo container leveraging its Paper-Pak technology. The product, which replaces conventional refill-type pouch containers, is the world's first* replaceable paper-based container.
*The world's first in terms of Paper-Pak containers. (according to our own research)

Considering packages as a prospective business growth area, the Company is in the process of developing materials and packages based on paper and biomass, a renewable material, and aims to expand the business globally. In April 2016, it constructed the Packaging Communication Center to work on the development of new products from the perspective of consumers. The concept of developing SPOPS was created due to a feeling of annoyance that a member of the development team experienced when refilling a shampoo container. It is the world's first replaceable shampoo container that makes the refilling of liquids less annoying for all generations, from children to the elderly, and offers high-level compactness in terms of storage. It is also a new next-generation container that provides new value for manufacturers and distributors, as well as end users.

Through SPOPS, the Company is aiming to create a new market for next-generation paper-based replaceable containers, and is seeking to commercialize them in collaboration with manufacturers and distributors going forward. To make proposals for this commercialization, a concept model will be exhibited in the Company's booth at TOKYO PACK 2016, which will be held from Tuesday, October 4 until Friday, October 7, 2016. The Company strongly encourages you to visit the booth, and touch and feel the product.

The Company, as a comprehensive biomass company shaping the future with trees, is in the process of facilitating the development of diverse businesses based on the technological strengths it has developed in the manufacture of paper. It will also continue to make numerous proposals in the business area of packages to contribute to better living and cultural progress as set forth in its group mission. 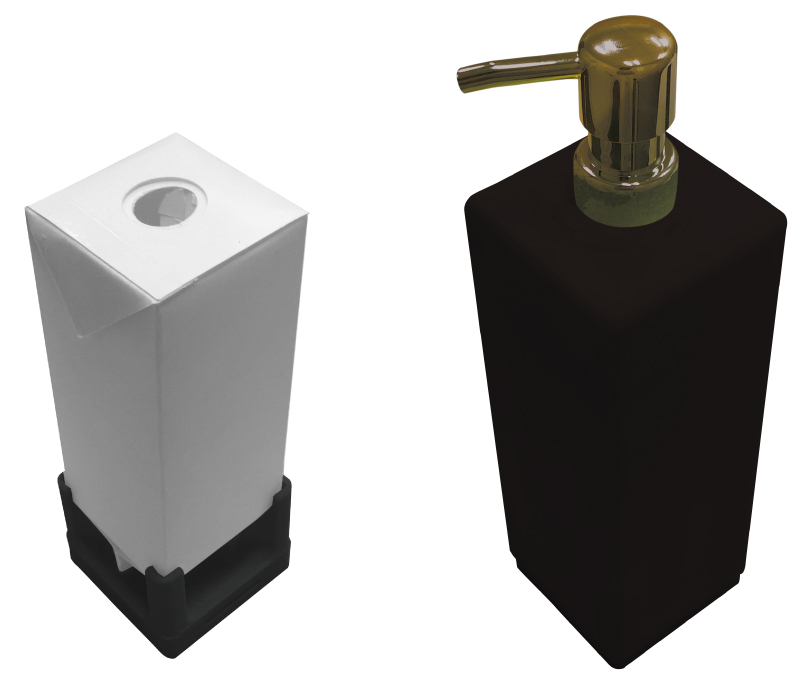 ・SPOPS consists of the outer dispenser portion and the inner cartridge (Paper-Pak) portion, which are separate. 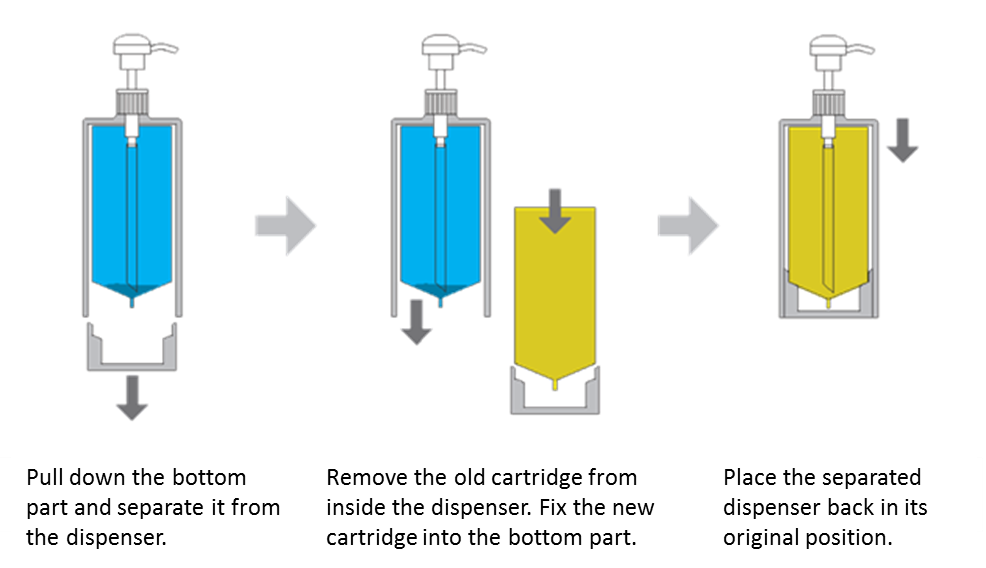 ■Origin of the name SPOPS

・The product was named SPOPS to reflect the feeling that users get when they pull out the lower part of the dispenser and fit in the dispenser after changing the cartridge .

・Reduction of processes/Shortening of time
With the conventional refill type, a user takes from approximately 1.5 minutes to over two minutes (excluding the time taken to clean the bottle)* to refill a shampoo container, because the user needs to go through the process of opening the pouch container and replacing the liquid. With a replaceable SPOPS, however, a user can complete the refilling of the container within approximately 30 seconds* because the user only needs to replace the whole container. (*According to our own research)

・Reduction in amount of unused liquid

With the bottom of the cartridge configured in such a way that it is more depressed in the center, a user can reduce the amount of unused liquid more successfully than when using conventional pouches. (According to our own research)

・Improvement of storage
SPOPS, which has a box-shaped cartridge, is configured to be more stable than conventional pouch containers. This enables users to pile them up, improving the compactness of storage.

With conventional refill-type products, a manufacturer needs to fill content into two kinds of containers, bottle portions and pouch containers, during the stage of filling content before the delivery of goods. With SPOPS, a manufacturer fills it into cartridges only, reducing the number of manufacturing processes.

・Reduction in logistics cost
A manufacturer sends only cartridges from the manufacturing plant of the containers to a facility where filling is conducted. This leads to a reduction in the logistics cost such as the distribution expenses needed to send the conventional cubic dispenser, the securing of storage locations and cargo handling.

・Improvement in the efficiency of packing and transportation

(iii) Distributors
・Improvement in efficiency of in-store display
SPOPS, which has a box-shaped cartridge, can be piled up for display because it features a configuration that is more stable than that of pouch containers, resulting in more efficient display. With pouch containers, shelves need to be rearranged in good order whenever the direction of the goods is changed. The box-shaped form of SPOPS may eliminate such extra work.
* The number of 400ml SPOPS cartridges is twice as many as that of 380ml pouches in terms of display. (According to our own research)

・Reduction in back room space of a store
The outstanding packing efficiency of SPOPS leads to space saving in the sales floor.

■SPOPS from an environmental perspective

・The product is based on paper made of wood, a renewable material, rather than the petrochemical materials used for pouch containers.
・Resin usage is reduced by approximately 35% compared with conventional pouch containers.
・The paper mark, a recycling mark, may be displayed because paper accounts for 70% of the materials of the SPOPS cartridge.
・Water usage is reduced because there is no need to clean the bottle.
・The product contributes to reducing CO2 emissions through streamlined logistics and improved transportation efficiency.